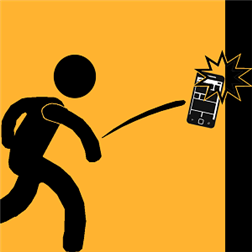 "Impossible!" is a hard game. A very hard game.
Probably one of the hardest games ever made. It's basically quite simple, but sooner or later, you'll scream: "This f**king game is impossible!"*

FEATURES:
- Fast gameplay with just one control: Tapping the screen to jump (but any mistake will result in instant death and a respawn at the beginning of the level)
- Really challenging: Easy to understand, but hard to master
- Online leaderboards, challenge your friends and all other players worldwide!
- 10 levels and endless mode for pure insanity
- Awesome soundtrack made by Kanchi
- Supports both English and German (can be changed in the menu)
- Cloud backup of your savegame (so in case you get a new device you won't have to play all levels again)
- It's addicting!

We're concerned about reviews complaining about the game being to hard. To point that out once again: THIS GAME IS VERY HARD! Please do not complain about that. We warned you!