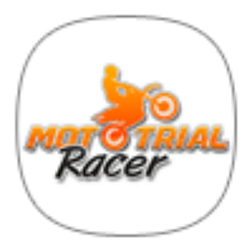 The Goal is to get the motorcycle and the driver to the chequered flag as fast as possible. The game ends if any part of the motorcycle or player touches the
spikes or the player's head touches any other object. When the player gets to the chequered flag fast enough, he/she gets his/her name and time to the high
scores list. The game can be paused, restarted and exited at any time via the options menu.