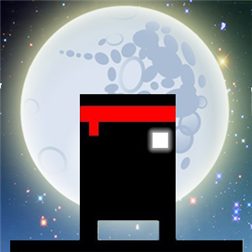 1, the game sticks can only become long and cannot become shorter, so the game player need to pay attention to this point, note that the stick length to click on the screen, in a timely manner to let go or it will cause the stick too long task of death.

Game need to pay attention to the local

2, stick length in the let go can not be changed after, so if the stick length too short, game player to in the process of moving the stick method of variable length is not feasible.

The game of skill

Method 1: this game is the most important is to learn visual, then the clouds can be used as a reference to help provide, game player can approximate the gestures to trap width radius circle, and platform for location of cloud 90 degrees, then the stick length exhibitors cloud height can be.