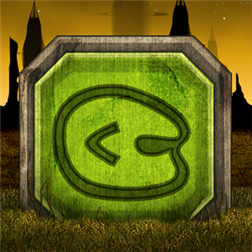 A lot of puzzles in one game!

T-Kara is a match-4 puzzle game with quite different game play and a lot of interesting varieties to try out. A fun variation to the classical match-3 games.

CAMPAIGN:
In campaign you'll be visiting different planets, all with different game modes. Each planet has a hidden piece of relic. Solve the puzzles and gather the pieces!

SCORE PUZZLES:
Go for the scores! As you reach higher levels, obstacles, such as locks or pattern boxes will appear. Some of these obstacles might be a bit tricky to get rid of, but to survive, you will have to! Score puzzles comes in three varieties: Direct hit, Time Attack and Limited Moves. Each variety has its own rules. Try them all to see which one suits you the best!

PICTURE PUZZLE:
Doesn't belong to the match-4 genre. Instead youâ€™ll find multiple picture puzzles with different levels of difficulty. Move the blocks and try to create the right image by using as few moves as possible.