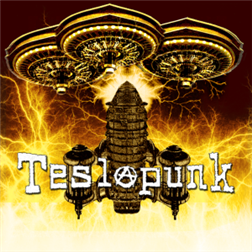 A Shoot-Em-Up with two different playing modes. In arcade you play through different levels, dodging bullets, killing enemies with your laser and occasionally canceling bullets with a feature called Voltage Burst. Canceling bullets raises the multiplier and thus the score. But beware, it also raises the difficulty. Epic boss battles await you. In survival you have to fight endless attack waves, collecting coins and power ups on your way. You can equip and level up your ship to be more effective.