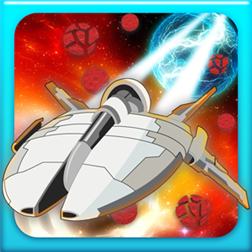 The Last Stand
for Windows Phone

2085, humans have been living in space.
Flying in the universe,spacecraft often meet many asteroids. However,there are a huge asteroid groups now. Many spacecrafts have been destroyed, you're driving the last spacecraft. The Last Stand!

Gravity sensor control, tilt the phone to adjust the spacecraft orientation. Escape the red asteroids. Fly to the weapon, use them to destroy asteroids.
Fighting!