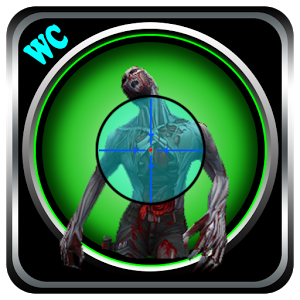 After the world infected by the T-virus many years, the world top scientist investigated new type of zombies
and try to conquest the whole world.Your job as an agent is to save the world from the zombie infestation,
and prevent those evil scientists using the zombies to conquest the World.

- It has more than 100 levels with random and unique missions in the game.
- Total up to 17 daily missions and 56 metal achievements.
- More than 20 weapons with unique look and power.
- New zombies abilities(i.e. Long/short life, fast/slow speed moving, high/low damage)
- Special zombie abilities like “Ghost Zombie”, it will be invisible slowly.
- The Leaderboard system allows you to share your highest score with friends on Facebook, Twitter, and Google+. You are not alone in the Zombie world.
- New grenade effects like slow down the zombie moving speed, poison the zombie.
- Completely new upgrade system,allow you to upgrade and downgrade the weapon levels.
- New character upgrade system, allow you to upgrade the character grade and level.